Orchids 2 - Other Orchis & Relatives
In addition to the species featured in the Anthropomorphic Orchis gallery, there are other members of the Orchis genus. These are placed in a separate taxonomic group that has been defined as subgenus “Masculae”. In the UK, we have a single representative, the Early Purple Orchid Orchis mascula, although elsewhere in Europe several other species are found.

Until quite recently, the Orchis genus included two other UK species but recent molecular taxonomy has led to their relegation to other genera. The Burnt Orchid is now Neotinia ustulata and the Green Winged Orchid has become Anacamptis morio.

This gallery includes representatives of these three orchid genera: Anacamptis, Neotinia and Orchis (not included within the Anthropomorphic Orchis gallery). 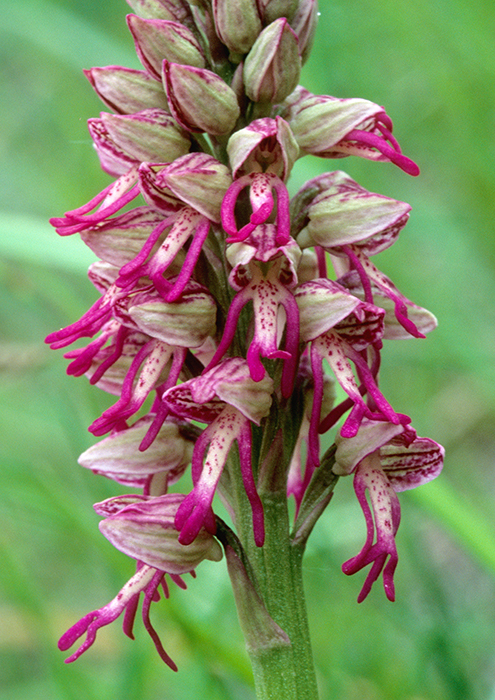