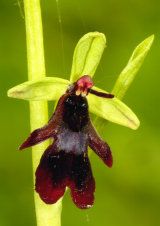 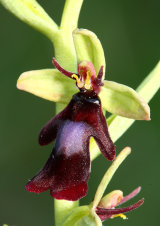 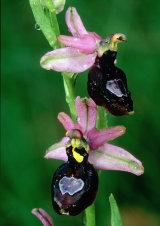 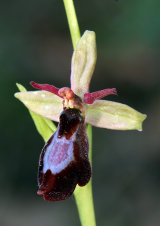 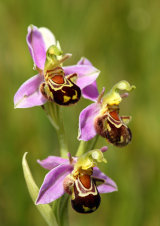 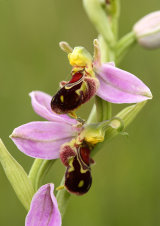 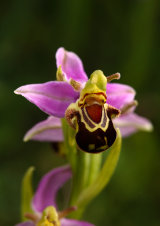 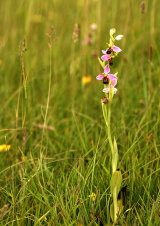 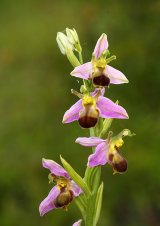 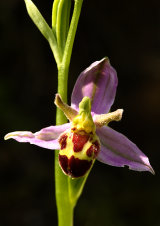 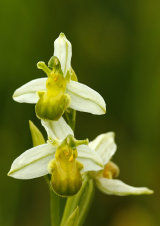 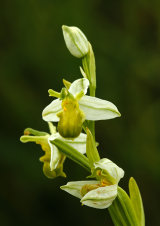 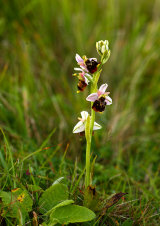 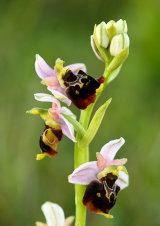 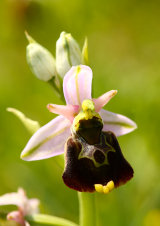 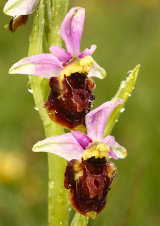 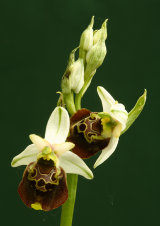 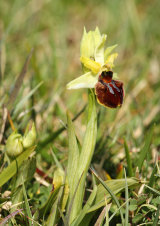 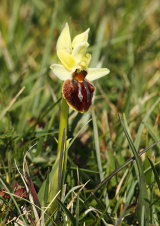 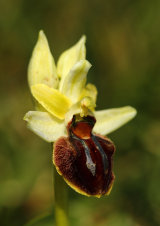 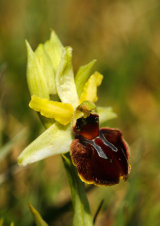 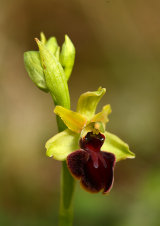 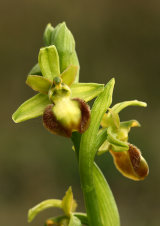 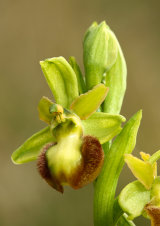 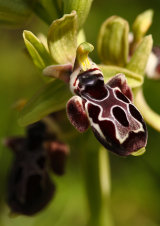 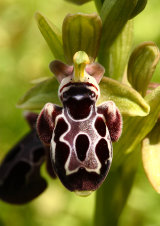 Orchids belonging to the genus Ophrys are generally referred to as Bee Orchids, although one species Ophrys apifera retains "Bee Orchid" as its common name.

The flowers of these orchids have evolved to resemble insect species which are attracted both by the floral appearance and by the production of chemical attractants, known as pheromones. Naive males of a particular insect species attempt to mate with the orchid and in the process achieve pollination of the flowers. The intricacies of the orchid flower morphology promote cross pollination in most species of Bee Orchid.

As with most orchids, hybrids between different Ophrys species are quite common and this adds a layer of additional complexity when in comes to identifying Bee Orchids. This gallery includes a small selection of Ophrys species and some examples of inter-species hybrids from both the UK and continental Europe.